Blog - Latest News
You are here: Home / Disclosure in financial statements: Relationship with struck off compa...

The transaction can be in the nature of investment in securities, receivables, payables, shareholding of the struck-off company in the company and any other outstanding balances.

Before digging deep on the disclosure requirements, it is imperative to understand the provisions for striking off a company by RoC both under the Act as well as the Companies Act, 1956. 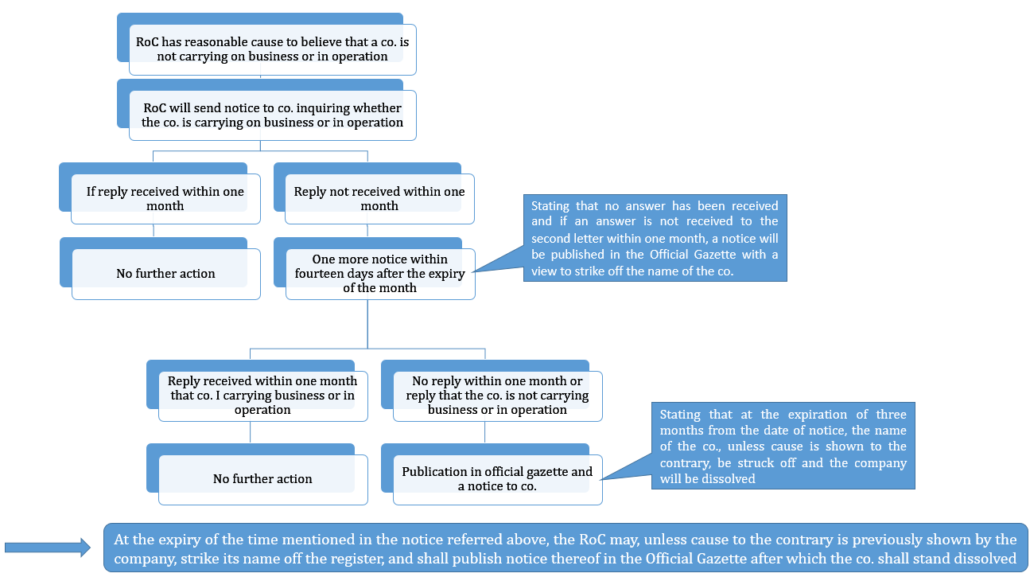 If the RoC has reasons to believe that: 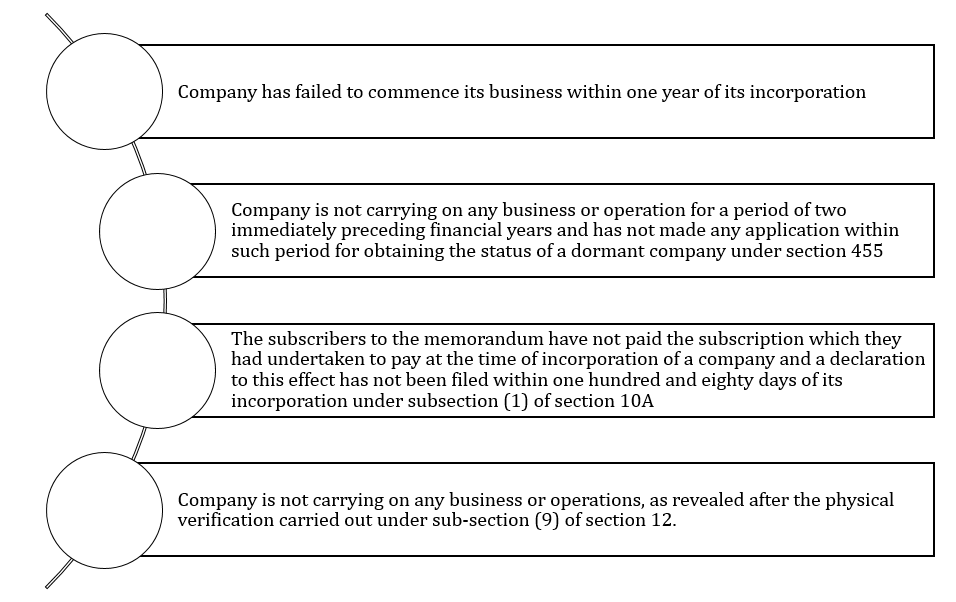 A notice to the company and all the directors of the company, shall be sent by RoC articulating intention to strike off the name of the company and requesting them to send their representations within a period of thirty days from the date of the notice. At the expiry of the time, the RoC may, unless cause to the contrary is shown, strike off its name and shall publish notice thereof in the Official Gazette pursuant to which the company shall stand dissolved.

Further, a company may itself by passing a special resolution or consent of seventy-five per cent members after extinguishing all its liabilities, file an application to the RoC for removing its name on all or any of the grounds specified in the figure above.

The disclosure requirements of transactions with companies the name of which has been struck off is too vigorous since it requires too much background work to be done on the end of companies. Further, MCA has been issuing circulars containing names of companies which have been struck off. The companies will literally have to struggle through such a cumbersome and tedious task to find out one name among the thousands as issued by MCA. 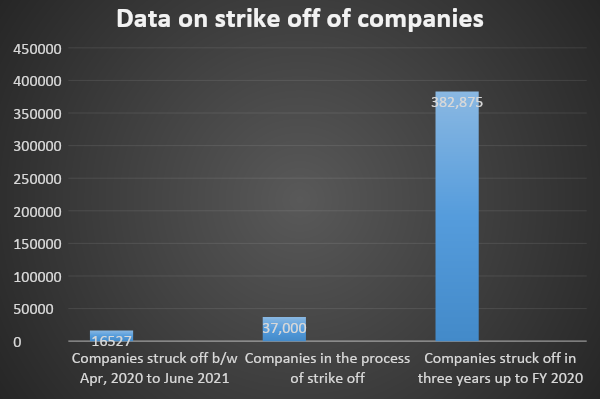 There are some more practical complications that needs to be highlighted where the name of the company, that has been struck off, as available in records of the company may not match with the one mentioned in MCA’s list:

Going further, even in terms of volumes, there are a bunch of companies with whom a company transacts in its course of business. Tracing each one of them and identifying those which has been struck off seems to be a next to impossible task for a lot of companies.

Recommendations for companies for complying with the requirements

The companies may opt for following systems and procedures depending upon the nature of transaction it has with a company the name of which has been struck off:

In a nutshell, MCA is asking companies to search for the dead man but the dead man isn’t waking up. There might be cases where the name/identity of the dead man would have already been extinguished or changed during its lifetime. We understand that the intent of the Government is to read out all the struck off companies from the database of corporates. However, to effectively meet this purpose, MCA may opt to come out with a digital database of all companies which have been struck off either under the Act or the previous Act since it will facilitate companies to search data at one place. This might not be a complete way out but due to the practical hassles as discussed above in the article, MCA needs to review the requirement considering the practical issue being faced by the companies and introduce systems in place to enable compliance.