Blog - Latest News
You are here: Home / Insolvency and Bankruptcy / Prepack for MSMEs – A Vaccine that doesn’t Work?

As one delves into the whole scheme of things, including the complicated provisions of the Ordinance and the even complication regulations, one gets to feel that the prepack framework will act only as a consolation for the MSMEs – while efforts aimed to increase the efficacy of insolvency resolution, the proposed Framework seems to do a little towards this end. In the author’s humble opinion, key elements of prepacks – cost and time efficiency and a Debtor-in-Possession approach, have been diluted amidst the micromanaged Rules and Regulations. In this article, we discuss how[4].

Chapter IIIA[5] of the Insolvency and Bankruptcy Code, 2016 (‘Code’) requires the corporate debtor (‘CD’) to obtain a three-fold approval for initiation of Pre-packaged Insolvency Resolution Process (‘PIRP’), namely shareholders, unrelated FCs and AA. As regards approval from the FCs, Regulation 14 (1) of the Prepack Regulations provides that such approval shall be obtained in a meeting of unrelated FCs, to be called and convened in the manner provided for under the Prepack Regulations.[6]

Further, Reg. 14 (8) provides that the corporate debtor has no FCs, such approval shall be obtained from unrelated Operational Creditors in the same manner as prescribed for FCs, thereby creating an impression that the corporate debtor shall conduct a meeting of all its unrelated OCs – in view of the fact that the number of OCs may be significantly higher vis-à-vis FCs, the process ought to become costly, both in terms of cost and time. It is suggested that instead of such meeting, a faster approval, simply by way of a No-Objection Certificate/ Letter of Assent, could be resorted to.

The very appeal for prepacks, as opposed to a corporate insolvency resolution process is the Debtor-in-Possession (‘DIP’) approach for management of affairs, which gives a CD the assurance that it would revive and resurrect with the management intact. Similarly, in the framework chalked out by the Ordinance, the DIP approach enables the Board of Directors of the CD to manage its affairs, subject to monitoring by the IP, and certain conditions as may be imposed.

However, these conditions, set out in Regulation 50 (2), render the DIP concept infructuous – in addition to prior approval of CoC for transaction beyond a threshold stipulated by the CD, Reg. 50 (2) (b) seems to have left open for the CoC to decide on any conditions to which actions of the CD shall be subject to. Therefore, the debtor in control, comes under the control of the creditors!

A field-level implementation of the same would inherit the probability of superfluous conditions being imposed by the CoC, practically establishing a CIP approach as against the desired DIP.

Identification of Avoidance Transactions – A window too small?

Additionally, Reg. 41 of the Prepack Regulations, requires that the RP shall form an opinion about existence of such avoidance transactions, and if so determined, must file an application before the Adjudicating Authority for appropriate relief. 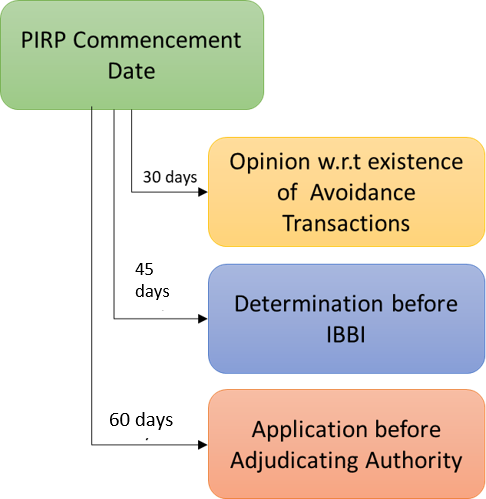 Timelines for action against Avoidance Transactions

Further, given that failure to report such transactions would result in breach of duties of the RP under section 54F (2) (h), it is suggested that the RP may initiate identification of such transactions in the pre-NCLT stage, that is, after approval of initiation by the FCs, thereby providing the RPs a sufficient window to identify such transactions, and take subsequent actions.

The foregoing critical gaps in the proposed Prepack Framework, seem to indicate that the need to mitigate the COVID impact and provide for a quick insolvency resolution for MSMEs has resulted in a desperate makeshift framework which though provides for a solution, lacks in efficiency and efficacy.

Below we provide the summarized position of law dealing with PIRP, taking into consideration the Ordinance, Regulations and Rules. 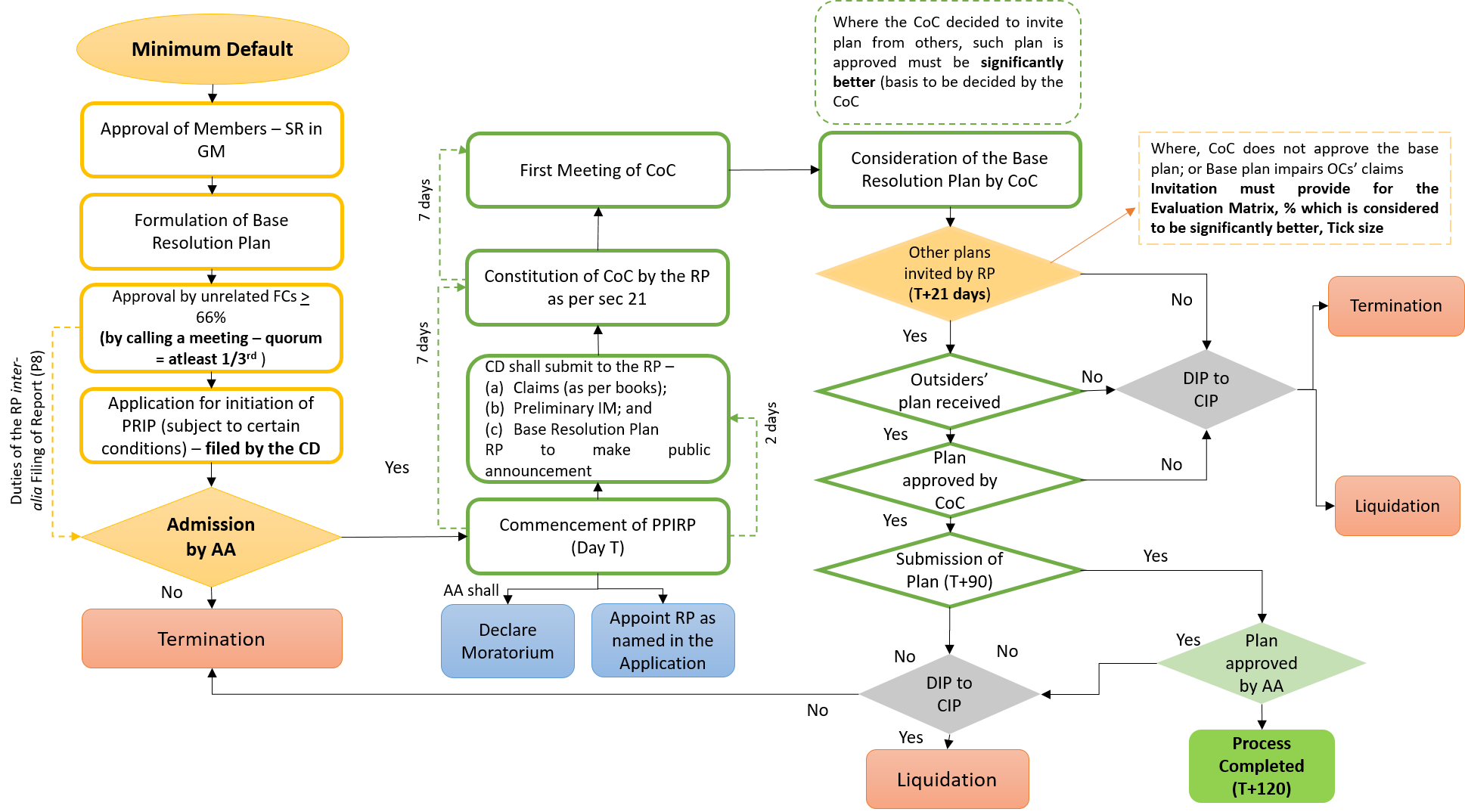 [4] For a detailed analysis on the Ordinance, see “Packed with ifs and buts – Will Prepacks have any Takers

[7] In Form P7 of the Prepack Regulations

COVID and Insolvency Reforms – Trends and Expectations
Group Insolvency: Moving from “Entity” to “Enterprise”
Udyam Registration Process
Udyam Portal: The pristine MSME Registration Process
SC uses ‘smoke-test’
Schemes under Section 230 with a pinch of section 29A – Is it the final recipe?
Primer on MSME Financing
Retrospective Operation of S. 29A & OTS under IBC – Analysing Prospects
0 replies

Whether expense towards Corporate Environment Responsibility (CER) be eligible... Payment and Settlement Systems: A Primer
Scroll to top