The recent Notification of Ministry dated 16th August, 2019 has amended the provisions of Companies (Share Capital and Debentures) Rules, 2014 with respect to quantum of holding of equity shares with differential voting rights by a Company and provisions pertaining to creation of debenture redemption reserve. The amended provisions are applicable from the date of notification in the e-gazette i.e. 16th August, 2019.

SEBI in its Board Meeting dated 27th June, 2019 proposed insertion of the provisions of DVRs in SEBI ICDR Regulations. The proposal was w.r.t inter alia to cap the total voting rights of superior rights shareholders (including ordinary shares) at 74% of the total voting power. The respective amendments are still awaited. Meanwhile, the Ministry vide the aforesaid Notification amended the provisions under CA, 13 related to DVRs. The Notification has escalated the limit of DVR shares in the Company from 26% of total post-issue paid up equity capital of the Company to 74% of the total voting power.

The erstwhile provisions of the Companies (Share Capital and Debentures) Rules, 2014 permitted issuance of equity shares with differential rights subject to compliance of conditions mentioned in Rule 4(1) of the said Rules. One of criterion for issuance of equity shares with differential rights by a Company was that shares with differential rights should not exceed 26% of total post-issue paid up equity capital of the Company at any point of time. However, the amendment has increased this limit to 74% of the total voting power at any point of time. Notably, this is another significant highlight of the amendment  that the erstwhile cap of 26% was based on the post-issue paid up equity capital which has now been changed to 74% of the voting power.

Further, in this regard, condition on companies issuing shares with differential rights having consistent track record of distributable profits for the last three years have been done away with.

The erstwhile provisions of Section 71(4) read with Rule 18(1)(c) of the Companies (Share Capital and Debentures) Rules, 2014 required every company issuing redeemable debentures to create a debenture redemption reserve (“DRR”) of at least 25% of outstanding value of debentures for the purpose of redemption of such debentures. Apart from creation of DRR, such companies were required to either deposit, before April 30th each year, in a scheduled bank account, a sum of at least 15% of the amount of its debentures maturing during the year ending on 31st March of next year or invest in one or more securities enlisted in Rule 18(1)(c) of Debenture Rules.

Under the erstwhile framework, the following classes of companies were required to comply with the provisions relating to DRR:

With a view to liberalise the legal framework surrounding issuance of debentures by NBFCs, the FinMin proposed Union Budget of 2019-20 proposed to scrap off the requirement of creation of DRR for publicly issued debentures also so as to motivate NBFCs.  Subsequently, the MCA came out with notification to amend the Companies (Share Capital and Debentures) Rules, 2014.

The amended provisions has exempted NBFCs registered with RBI and HFCs registered with National Housing Bank from creation of DRR in case of public issue of debentures. Further, the requirement of listed companies to create DRR has been done away with. The amended Rules have also lowered down the quantum of funds to be transferred to DRR by unlisted companies. However, as a flipside to the exemptions granted, the MCA has knowingly or unknowingly, unsettled an otherwise settled matter on creation of debenture redemption fund as per Rule 18(7).

Under the erstwhile provisions required creation of debenture redemption fund only by those companies on which DRR was applicable. However, under the current set of rules, the requirement to create DRF will apply to all listed companies, other than AIFIs or other FIs as per the clause of section 2(72). This new rule applies even to NBFCs.

It is pertinent to note that until now, NBFCs were required to create debenture redemption reserve only for publicly issued debt securities. However, under the new rule, all listed NBFCs will have to create a DRF even in case of private placement of debentures. This change in the rules seems to be contradicting the intention of proposal in the Union Budget.

The intention of the proposal was to promote NBFCs to explore Bond markets more often for fund raising, however, the language of the new rule has jeopardised the existing cases of debenture issuances, let alone be new debenture issuances. Considering the ongoing liquidity crisis, the entire financial system is going through, the implications of this requirement could be severe.

Creation of DRR is somewhat a liberal requirement then creation of DRF, this is because, where the former is merely an accounting entry, the latter is investing of money out of the Company and the fact the new rule casts an exemption from the first and not from the second makes the situation a bit awkward. Therefore, where there is no requirement even for annually conserving a part of their profits, the requirement of creating a fund out of the same becomes completely illogical.

Hence, in our view, the amendments have actually slashed the expectation to relax issuance of debentures by NBFCs and on the other hand has also taken away the available exemption to the NBFCs for not creating DRF in case of issuance of debt securities through private placement. The actual intent of the amendment would have been to reduce the requirement of DRR from somewhat say 25% to 10%, however, in a completely unexpected move, the requirement for parking liquid funds, in form of a debenture redemption fund (DRF) has been extended to all bond issuers except unlisted NBFCs (which are hardly any in India), irrespective of whether they are covered by the requirement of DRR or not.

A brief analysis of the amendments are discussed below:

a)    All India Financial Institutions and Banking Companies 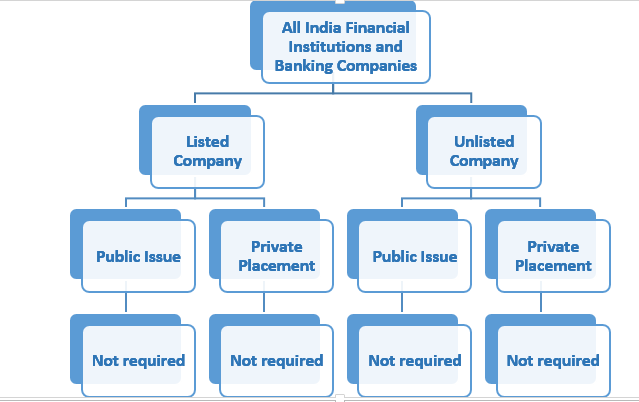 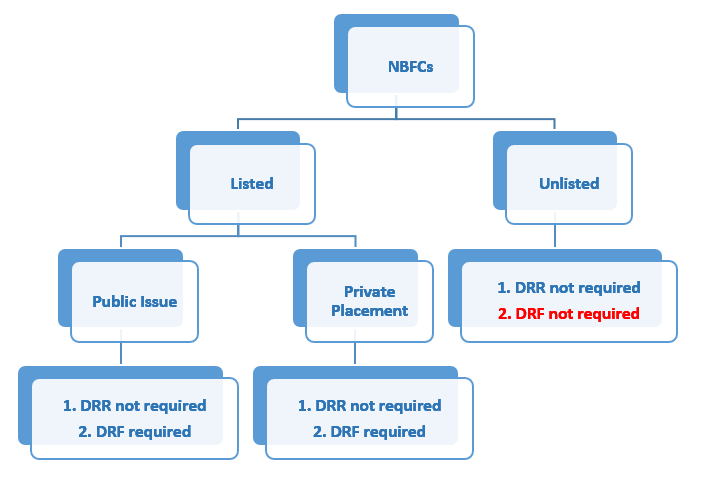 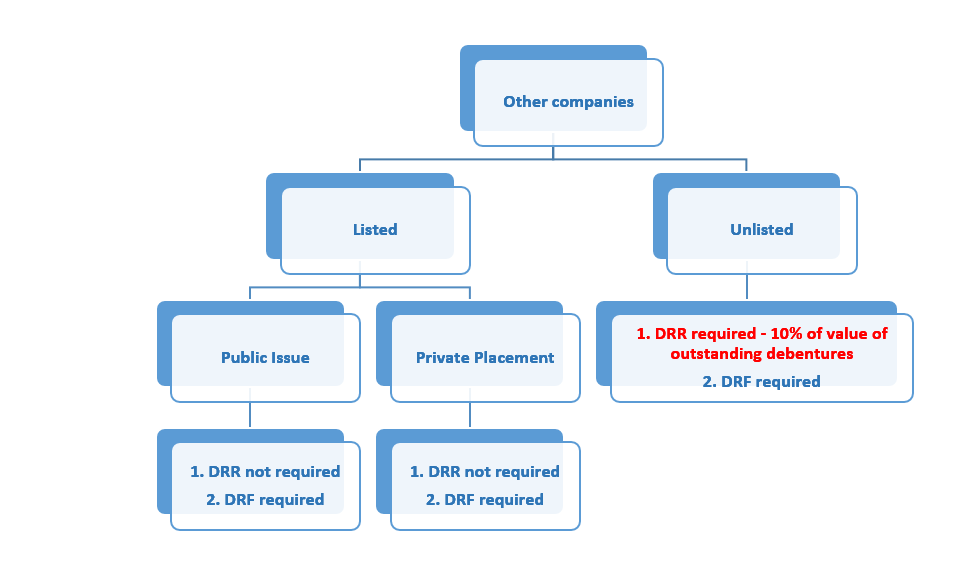 Synopsis of amendments in DRR provisions