In this article, we have made a comparison of the legislative framework for independent directors, especially the process of appointment, across various jurisdictions.  While we note that some countries have moved to a dual approval process, the concept such as a database of IDs and a proficiency test remains an Indian aberration.

In India, the idea, or rather the need of having Independent Directors on the board of companies (especially those involving public interest) was acknowledged even before the early 2000s. Therefrom, the concept finally found legislative recognition in late 2013 as the Companies Act, 2013 took shape and character.

A snapshot of the concept’s evolution through guidelines and report to the Companies Act and SEBI (Listing Obligations and Disclosure Requirements) Regulations, 2015 is given below – 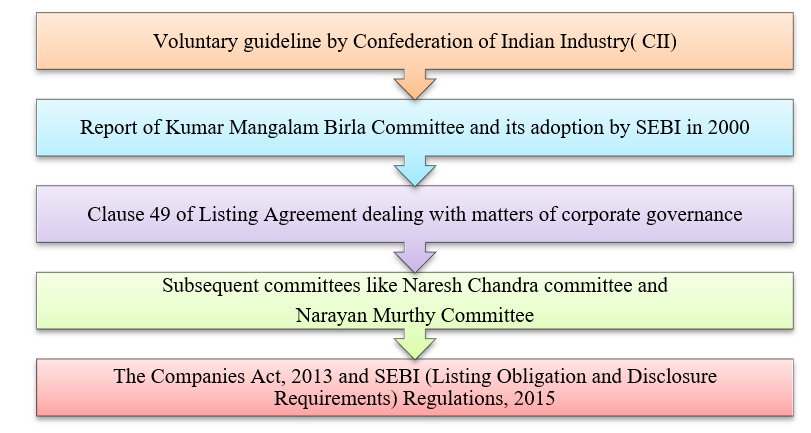 As compared to India, the western world was way ahead in the race- the concept of Independent Directors traces its inception as long back as in the 1950s, when the murmurs of representation of small shareholders surrounded the corporate world. However, like in India, it took a long time for countries in Europe and North America to bring the concept within the regulatory framework. In the USA, the concept of Independent Director received regulatory recognition under the Sarbanes-Oxley Act, 2002. Thereafter the regulations issued by various stock exchanges took the lead.

Who is an Independent Director – The Indian Viewpoint

With all the hullabaloo about Independent Director, the natural question was ‘who is an independent director’; while the terminology was largely suggestive of the answer – “someone who is capable of putting forth an independent view about the business of the company”, it was crucial to define the term.

The definition of Independent Director from Section 149 of the Companies Act, 2013 (‘Act’) and Regulation 16 of the SEBI (Listing Obligations and Disclosure Requirements) Regulations, 2015 (‘LODR’). While unlisted companies are required to adhere to the requirement under section 149 of the Act; listed companies, or those intending to be listed are required to abide by LODR too.

The aforesaid is provided in Regulation 16 of LODR[1], which defines “Independent Director” as “a non-executive director, other than a nominee director of the listed entity, who:

Evidently, the definition in India is very comprehensive compared to other major jurisdictions. Below we discuss and compare some major provisions in the definition of IDs in India, the USA and the UK –

One may find many similarities in the definition of IDs in foreign jurisdictions with that in India but as already mentioned above, the definition in India is one of the most comprehensive and meticulous ones.

In India, the extant provisions require ordinary resolution to be passed by the shareholders for the appointment of IDs based on the recommendation of the Nomination and Remuneration Committee (NRC) and the approval of the Board.

However, in case of re-appointment, a special resolution is required. Earlier, SEBI had released a consultation paper w.r.t. regulatory provisions for Independent Directors which warranted a ‘dual approval’ for such appointment/ re-appointment as follows:

However, owing to the response received thereafter, SEBI, in its Board Meeting held on June 29, 2021[4] (SEBI Board Meeting), disregarded the earlier proposal of a dual approval and instead decided that the approval of shareholders would be required by way of special resolution for both appointment and re-appointment.

In the USA, the NASDAQ Listing Rules provide that, where shareholders’ approval is required, the minimum vote that will constitute shareholder approval shall be a majority of the total votes cast on the proposal.

Akin to the NRC in India, the UK Corporate Governance Code of 2018 requires that the Board should establish a Nomination Committee, composed of majority independent non-executive directors, to lead the process for the appointment of all directors. Any appointment must be approved by the Board and shareholders of the company by way of an ordinary resolution.

However, as per the UK Listing Rules, the appointment of IDs is dependent on the existence of a controlling shareholding[1]. A snapshot of the manner of appointment is given below –

Hence, approval is required from both the set of shareholders. If the company still proposes to appoint the same person as an independent director despite failing to receive the dual nod as discussed above, it can propose another resolution to elect the same person, but after 90 days from the date when the previous proposal was put to vote. This time the resolution will only require approval by the shareholders of the company[6].

One of the prerequisites to become an Independent Director in India is the inclusion of their name in the Databank of Independent Directors (‘Databank’) and passing an Online Proficiency Test (‘Test’) within a period of two years from the date of inclusion of name in the databank as per Section 150 of the Act, read with Rule 6 of the Companies (Appointment and Qualification of Directors) Rules, 2014. However, certain categories of persons have been exempted[7] from the requirement of passing the Test who possess requisite experience and expertise as prescribed;

The question, however, is whether such arduous and tedious criteria required for appointment really ensure board independence and good governance practices. It is understood that the tenet behind such steps was quality control – it was to ensure that only persons with a certain minimum level of expertise & experience are appointed as Independent Directors.

Further, some previous instances of celebrity directorships were also to be discouraged since the role of IDs is to ensure good governance practices and upholding the interest of all the stakeholders as a whole including minority stakeholders. Therefore, it should not merely be used as a tool of publicity.

However, keeping in mind the seniority of the position of directors in companies as well as lack of precedent, the requirement of passing the test seems rather odd and brings anomalies in the IDs’ regulatory regime in India vis-à-vis the rest of the world.

Constituted Body for selection of candidates for the role of IDs

As per the extant laws in India, the NRC recommends the persons to be appointed as IDs on the board of the company. This committee oversees the functions of formulation and recommendation of remuneration of the directors and the senior management. It has been decided in the SEBI Board Meeting that the process to be followed by NRC, while selecting candidates for appointment as IDs, shall be elaborated and be made more transparent including enhanced disclosures regarding the skills required for appointment as an ID and how the proposed candidate fits into that skillset.

Just like the NRC in India, companies in the USA have to constitute Compensation Committee as per the NASDAQ Stock Market LLC Rules [5605. Board of Directors and Committees] “Each Company must have, and certify that it has and will continue to have, a compensation committee of at least two members. Each committee member must be an Independent Director as defined under Rule 5605(a) (2).”

As per the NASDAQ Rules, director nominees must either be selected, or recommended for the Board’s selection, either by:

The New York Stock Exchange Listed Company Manual (‘NYSE Manual’) vests on the nominating/corporate governance committee, the sole authority to retain and/or terminate any search firm to be used to identify director candidates, including sole authority to approve the search firm’s fees and other retention terms.

Tenure and re-appointment of IDs

In India, one term of appointment of IDs is for a maximum of 5 years and can be re-appointed for another term. Such re-appointment has to be made by way of passing a special resolution. Further, the performance of Independent Directors is to be evaluated every year based on which the NRC recommends whether the said director shall be re-appointed or not. However, the question of such recommendation only comes when the tenure of the director comes to its end.

Furthermore, the UK Corporate Governance Code provides that all directors should be subject to annual re-election.  The code also considers the presence of an ID for more than nine years on the Board of a company as a threat to his independence.

The rule requires a re-nomination & re-election of all directors of the company at least once in 3 years and it helps to ensure that the assessment of independence happens once in every 3 years by members.

Cooling-off Period for appointment/reappointment of IDs

In India, a cooling-off period of 2 years is required in case of any material pecuniary transactions between a person or his/her relative and the listed entity or its holding, subsidiary or associate company. The LODR has prescribed a cooling off period of three years for Key Managerial Personnel (and their relatives) or employees of the promoter group companies, for appointment as an ID in the listed entity. However, relatives of employees of the company, its holding, subsidiary or associate company have been permitted to become IDs, without the requirement of a cooling off period, in line with the Companies Act, 2013.

The NASDAQ Stock Market LLC Rules[9] (‘NASDAQ Rules’) have prescribed a cooling-off period of 3 years for the appointment of an independent director where such person has a relationship with the company as prescribed under the rule.

UK Corporate Governance Code, 2018[10] (‘UK Code’) provides that a person who has, or had within the last three years, a material business relationship with the company, either directly or as a partner, shareholder, director or senior employee of a body that has such a relationship with the company shall not be appointed as an Independent Director.

The Singapore Code of Corporate Governance, 2018[11] prescribes a cooling-off period of 3 years for the appointment of an independent director where such person has a relationship with the company.

In India, offering stock options to Independent Directors is prohibited. On the contrary, as per the New York Stock Exchange Listed Company Manual (‘NYSE Manual’) Independent directors must not accept any consulting, advisory, or other compensatory fees from the Company other than for board service.

Further, the UK Corporate Governance Code 2018 provides that remuneration for all non-executive directors should not include share options or other performance-related elements. Independent directors shall not be a member of the company’s pension scheme.

The Singapore Code of Corporate Governance 2018 the Remuneration Committee should also consider implementing schemes to encourage non-executive directors (NEDs) to hold shares in the company so as to better align the interests of such NEDs with the interests of shareholders. However, NEDs should not be over-compensated to the extent that their independence may be compromised.

Fees payable to non-executive directors shall be by a fixed sum, and not by a commission on or a percentage of profits or turnover. (Appendix 2.2 Articles of Association)

Important determinants of Independence across jurisdictions

Our other articles on related topic can be read here –