On 13th June 2017, RBI released a press release titled, “RBI identifies Accounts for Reference by Banks under the Insolvency and Bankruptcy Code (IBC)”[1], specifying the recommendations issued by an Internal Advisory Committee (IAC), which constituted in furtherance of the powers laid  down by the NPA Ordinance.The Banking Regulation (Amendment) Ordinance, 2017[2] was promulgated on 5th May 2017. In furtherance to the said Ordinance, RBI released an Action Plan[3] dated May 22, 2017 outlining the steps to be taken to set the objective of referral for resolution under IBC in the right direction, of such bad loans. In our earlier write-ups[4], we have covered both of these issues in detail, pointing out the implications and effects of these actions.

The Ordinance had inserted two new Sections viz. Section 35AA and Section 35AB in the Banking Regulation Act, 1949, in line with the objective to clear the nation with bad loans. Where Section 35AA grants powers to Central Government to order RBI to issue directions to banks to make use of insolvency resolution process as iterated in the Insolvency and Bankruptcy Code, 2016, Section 35AB bestows some powers on the Reserve Bank. The Section reads out as:

“Section 35AB. (1) Without prejudice to the provisions of Section 35A, the Reserve Bank may, from time to time, issue directions to the banking companies for resolution of stressed assets.

On perusal of above, we understand that the main objective is resolution of stressed assets in the economy; powers have been given to RBI to

By virtue of the above powers, RBI constituted an Internal Advisory Committee (“IAC”), which accordingly held its first meeting on 12th June, 2017 and has thereby, put forward recommendations.

The following preliminary conclusions have been reached under the said deliberations:

The IAC reached a consensus to specifically focus on large stressed assets while taking into consideration the accounts which are classified partly or wholly as non-performing from amongst the top 500 exposures in the banking system.

The IAC has decided a criterion for referring stresses assets’ account for resolution under IBC. Accordingly, all accounts with 60% or more classified as NPAs as on 31st March 2016 having  fund-based and non-fund based outstanding amount greater than Rs. 5000 crore, shall be referred to IBC.

Accordingly, 12 accounts out of the 500 largest exposure accounts totaling about 25% of the current gross NPA of the nation need immediate referral for resolution.(Chart 1.1) (Table 1.1 and Table 1.2) 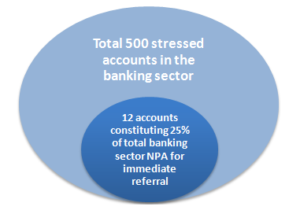 Table 1.1: Criterion/eligibility for reference under IBC

Table 1.3: For NPA other than Qualifying NPAs

For the remaining NPAs, which do not qualify under above criterion, the committee has proposed a timeline of 6 months, within which the banks should finalise, a resolution plan, failing which it shall be compulsory for them to file for insolvency under IBC. (Refer Table 1.3)

RBI to issue directions to file under IBC

The Reserve Bank has further stated that it shall be issuing directions to banks in line with the above recommendations of IAC, in order to not lose sight of the bigger picture of NPA resolution. It is expected that the directions will be issued soon, given the quick actions being taken by RBI since the NPA Ordinance amending Banking Regulation Act, 1949 was publicised.

Further, the Reserve Bank shall also be releasing a framework for resolution of the stressed assets, as proposed by the IAC.

Importantly, RBI has specified in this press release that such referral cases of stressed assets of banks shall be taken on a priority basis for the National Company Law Tribunal, the Adjudicating Authority under IBC. The bigger objective behind such proposition is for obvious reasons, is to give utmost priority to NPA clearance from the country, what’s pertinent to note is that NCLT is not a tribunal which is exclusive to IBC, but other laws as well. Time will tell as to what shall be the possible situations of conduct in respect of this picture. Also, this calls for strengthening the infrastructure of the Tribunal, so as to facilitate it to process the barrage of applications that will be filed in the coming days

The Action plan had stated the modifications under the existing JLF mechanism. Now for those assets which shall be earmarked for IBC resolution, need specific provisioning norms as being understood by what RBI has stated in the press release. The RBI has proposed to issue a circular with the purpose of revising the existing structure of such provisioning norms for such assets as have been prescribed.